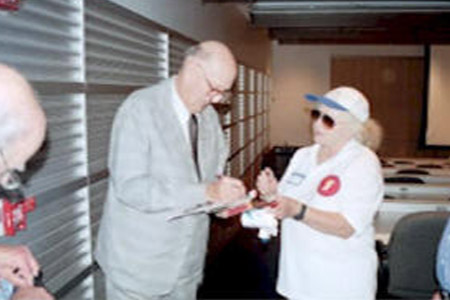 A Great Place to Network & Learn

A great place to network and learn more about the inventing process-all for a bargain price of $75-was the 7th Annual Independent Inventors Conference, Icon 2002. Held on the Campus of Onondaga Community College in Syracuse, New York, August 2-3, the conference featured experts in the areas of patenting, licensing, manufacturing, marketing, and commercialization.

Some of the presenters were Don Kelly, Dr. Forrest Bird, Marcia Rorke, Dr. Larry Udell, Dr. Gerry Udell, Pamela Bird, Alan Rothschild, and Nicholas Godici. Seminar choices included topics such as Real World Licensing, Working with Your Patent Attorney/Agent, and Commercialization Strategies. A focus session titled “What Do Independent Inventors Need?” gave participants a chance to ask questions in an open forum. Also included at the conference was a tour of a rapid prototyping facility and opportunities to speak one-on-one with the experts.

Don Kelly, Executive Director of the Rothschild Patent Model Museum and CEO of Intellectual Property Asset Management Associates, launched the program with slides of garages where the ideas and dreams of many inventors and entrepreneurs took off. Kelly mentioned that Apple Computer, Barbie, Delta Airlines, Hewlett-Packard, and Reader’s Digest all started in a garage. He also said that even Henry and Clara Ford converted their coalhouse into a garage where they developed their first car. Perhaps some of those who attended this year’s event or who read this article will have their garages featured in a slide show at a future conference.

The featured guest speaker of the conference was Dr. Forrest Bird, a 1995 inductee into the National Inventors Hall of Fame. Besides being an inventor, Bird is also an aviator. Aviation led him down the flight path to invention. When only 14 years old, he soloed in an airplane. During WWII, he was a technical air-training officer, allowing him to fly aircraft on the cutting edge of technology. At that time, supercharger engine technology made it possible for aircraft to fly at altitudes above a person’s normal breathing range. However, technology to aid breathing at higher altitudes was very primitive and ineffective. Bird worked to solve this problem by making respirator prototypes with used strawberry shortcake cans and off-the-shelf parts! After testing the prototypes through experiments in altitude chambers and high flying aircraft, he designed a series of successful production respirators.

A drawing from one of Dr. Bird’s early respirator patents

Bird designed one of the very first G-suits for pilots. A G-suit aids in keeping blood in a pilot’s head during sharp aerobatic maneuvers by applying pressure on the lower parts of the body. He said that the G-suit “allowed our guys to get the other guys” who were still blacking out in their aircraft during high G-load maneuvers. After developing the G-suit, Bird went on to get broad medical training and hands-on patient care through residencies. He jokingly said, “It was at this time when I learned what I was doing to the body and lungs during the first respirator development!” From that time on, the sky was no longer the limit, and Bird went on to develop many respirators for medical use.

Speaking to the audience, Bird stated, “I am a composite of you. We can all solve problems. This is invention. Life, fate, and circumstance exist, but you can do something if you believe you can arrive there. We must have the help of others, but be independent to fight for our ideas.”

During his presentation, Bird showed a slide of a European artificial breathing device developed in 1687. The device looked more like a bellows used to fan a fire rather than help a person breathe. Instructions for the device included an admonishment to “remove from mouth in case patient turns blue.”

Fortunately for us, Bird’s inventions took respirator technology far beyond the bellows.

Bird designed respirators for special needs patients. Despite designing products for this relatively small market, he still made some money. More importantly, he saved lives that otherwise would have been lost. The introduction of the “Baby Bird” respirator reduced the rate of mortality in infants with respiratory problems from 70% to fewer than 10%.

Bird emphasized the need to get a patent when working on new technologies and to remember that product development is not complete, even when a patented product is on the market. “A major problem is teaching technicians how to properly use a new technology,” he shared.

In his concluding remarks, Bird cautioned inventors not to overprice themselves. He said, “You could be the next patient who needs that respirator.” He also advised inventors not to invent alone. Even though Bird can do a great deal of his own prototyping, he often asks for help. He added, “Don’t be a servant to anyone, but be willing to share and help (fellow inventors).”

Bird is still busy today doing what he loves most, improving the lives of others through his new inventions.
Ask the Experts 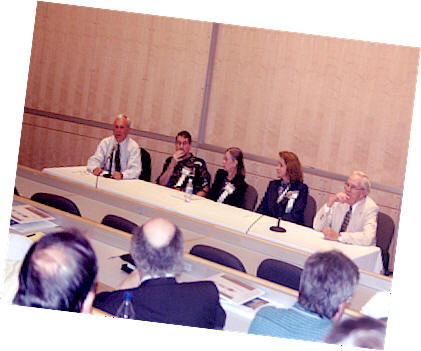 During an “Ask the Experts” session, Marcia Rorke, President of Mohawk Research Corporation, gave this advice to inventors planning to license a product: “Tell them (companies) what your invention does, not how it does it. Tell the benefits of your product.” She also said that it is important for inventors to know what they do best and what they do worst and to find expert help when necessary. Rorke recommended that inventors have an exit strategy so they do not end up doing something they don’t like, such as running a business instead of inventing. 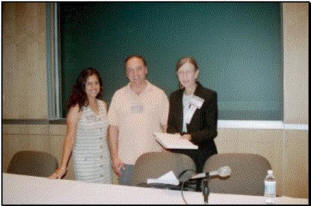 Dr. Larry Udell, Executive Director of Intellectual Property International, stated, “A good team balances out the weaknesses and strengths of its members.” Udell reminded inventors not to be greedy. One inventor he described lost a lucrative contract because the inventor expected ten times the average lump sum from a company in return for an exclusive license to manufacture his invention. Udell said that it was “better to have a slice of the watermelon than a whole grape.” 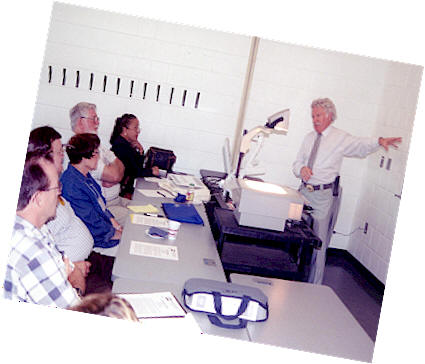 Udell went on to say, “Successful inventing is the result of good investigation and negotiation.” He advised inventors not to do their own negotiation. He also suggested that when licensing an invention, people be paid royalties quarterly, have minimum annual guarantees, and have the royalties based on the net, not profit. “Executives can always increase their pay, which makes the profit go down!” he added.

When asked what an inventor’s worst enemy was, panelists responded in the following ways.

Pamela Bird, CEO of Innovative Product Technologies, responded, “Themselves. Inventors must focus their creativity, know the market, know who is the market, and know the competition. They should know the manufacturing price and the purchasing price.”

Larry Udell added, “Inventors fall in love with scams that promise you the world.”

Marcia Rorke cautioned people to do their homework before doing business with someone.

During an open panel discussion, one conference attendee asked the question, “Why should we work on inventions if they are not increasing our leisure time?” Someone in the audience responded, “I am working on one that does just that,” and everyone laughed.

Marcia Rorke commented that not all inventions deliver what they promise. Some even have unintended consequences. “Nuclear power, which gives us electricity, leaves junk,” she added.

Pamela Bird said that Dr. Bird might be busy and not have more leisure time, but that he had saved many lives with his inventions.

If a Picture Speaks a Thousand Words, Could a Patent Model Speak a Thousand Claims?

Alan Rothschild spoke about his plans for a national Patent Model Museum and Invention Center, to be located in either a central part of New York State or another prominent US location. The facility’s architect, Paul Soper, Jr., said, “The building will reflect the art and history of America, using glass, stone, and other materials to illustrate the advance of technology in America.” In the museum, Rothschild plans to display several thousand patent models from his own collection. As for the invention center, Rothschild said, “It will grow inventors.” The invention center will also include patent searching libraries, prototyping services, and educational courses on intellectual property issues. This new facility should allow inventors of today to better shape the future while working alongside the inspiring inventions that have made the past. More information about the museum and patent models can be found in the March/April 2001 issue of Inventors Digest and at www.patentmodel.org. 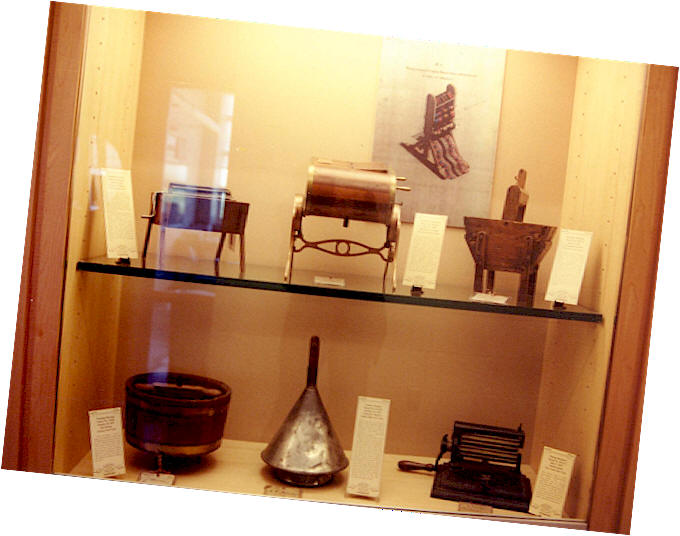 Nicholas Godici, Commissioner for Patents at the USPTO, spoke about the history of patent models and the USPTO. Godici, citing Article 1 of the United States Constitution, stated that patents are “the handshake of the government to the inventor, giving the patent holder the exclusive right to sell something.”

Starting with the Patent Act of 1790, Godici explained, the Patent Office required a working, small-scale model of the actual invention. “Patent models are symbolic, or icons, of the ingenuity and inventiveness of many Americans,” he added. During the War of 1812, due to the pleading of a British officer to his commander, the Patent Office was the only Washington, DC building not set on fire by the British. Over the years, due to several fires not related to war, thousands of patent models had to be replaced. Over eighty-six years later, in 1876, the patent model requirement was dropped. Today only drawings are required to accompany a patent application.

Looking to the Future at the USPTO

1. Charge a micro entity fee for independent inventors, a fee that is less than the small entity fee.

2. Give users the option to pay a lower filing fee and wait 18 months to pay the examination fee.

3. Give users the choice to pay more up front for faster processing, often called a “fast-track” option.

4. Give post issuance reviews if other prior art is discovered. Do this within 18 months, not 24 months, of issuing.

Godici said that it would take two acts of Congress to pass these changes. The first act would be at the judiciary level and the second at the appropriations level. In addition to working on the proposed changes, he also said that the USPTO is trying hard to speed up the processing of patent applications.

Godici also mentioned that current annual USPTO user fees total 1.3 billion dollars. Congress must appropriate the user fees to the USPTO in order for it to be able to use the money. Unfortunately, not all the user fee money makes it back to the USPTO since Congress diverts a good portion of it to the general fund. To reverse this practice it also would take two acts of Congress, Godici added.

Starch for an Inventor’s Diet

David Parker of Onondaga Community College (OCC) gave a tour of the on-campus lean manufacturing facility. Included in the tour were the innovative machine shop, quality inspection office, and rapid prototyping labs. Conference attendees had the opportunity to examine rapid prototypes created by a Z-tech stereo lithography particle (starch) machine. The $85,000 Z-tech machine, using a Computer Aided Design (CAD) file, creates a three-dimensional model, including moving parts if needed. The parts form when a laser solidifies specific areas of the starch powder. For more on OCC’s lean manufacturing and rapid prototyping facilities, check out its website at www.sunyocc.edu.

Visit the USPTO’s website, www.uspto.gov, for more information on future independent inventor conferences. For help during the rest of the year, you can also call the USPTO’s invention assistance center at 1-800-786-9199. Another program sponsor with helpful information is the United Inventors Association. Its website is www.uiausa.com.

Remember Dr. Bird’s closing remark, “Don’t do it alone!” Join an inventors group today and attend next year’s independent, but networked, inventors conference for expert advice, inspiration, and a lot of fun!

Click here to see one of Dr. Forrest Bird’s respirator patents US 3191596.

Glen Kotapish is a writer, patent searcher, and a member of the Inventors Network of the Capital Area (INCA). INCA’s website is www.dcinventors.org. He can be reached at his website, www.PlanetPatent.com, or at his e-mail, searchpatents@aol.com. 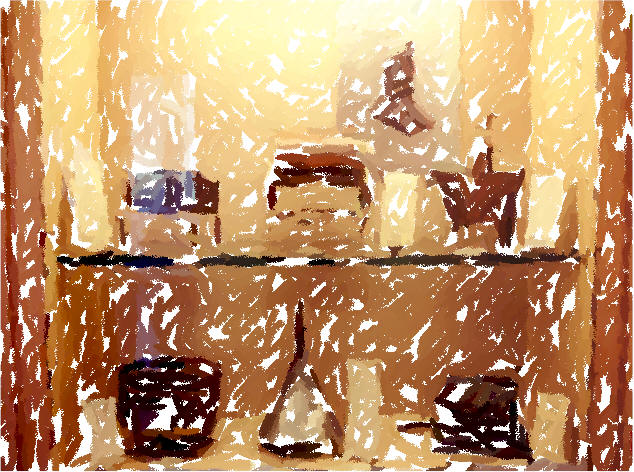